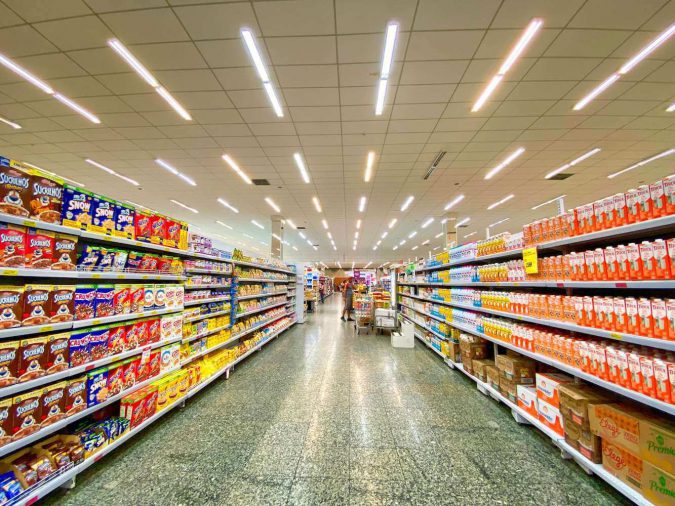 What is a delicatessen?

The name of the delicatessen comes from French or German – in these languages, respectively, the words délicatesse and Delikatesse. In all three languages, the word originally meant the same thing. Namely, it was sophisticated and unusual food items, often imported from distant countries. Alligator meat, lobster, edible nests, champagne, caviar, oyster haggis, Kobe beef – these are just some of the products traditionally considered a delicacy.

Over time, the word began to be used to describe places where you could buy this type of product. However, the question still remains – how did such stores evolve into online delicatessen ?

From shops to delicatessen

Shops have actually been around since ancient times. There is evidence that barter trade already existed about 10,000 years ago – but it cannot be ruled out that it was also present earlier. With the development of various civilizations, sooner or later a monetary system always appeared, and then places of trade, such as the Greek agora or the Roman forum.

It was probably on the forum that the first retail stores appeared, although at a similar time they were also established in China, where as early as 200 years BC, packaging was used to indicate the origin and quality of products.

In Europe, however, the real development of shops falls only in the 17th century. Previously, trade took place mainly at fairs and fairs. It was only later that he moved to separate buildings and rooms with shop windows known today from every street.

The first Delikatesy was opened in 1700 by the German company Dallmayr, which is still one of the largest chains dealing in this type of trade. Initially, the delicatessen established at that time was intended to give the German population access to exclusive goods imported from various corners of the world, such as bananas and plums. It was from Germany that the phenomenon of delicatessen went to the world. For example – in the United States of America they appeared only in the 19th century and were initially intended to supply German emigrants with goods.

Both retail trade and groceries for the company  were carried out in them – catering establishments based on cuisines from various corners of the globe were becoming popular. In Poland, two types of shops were called delicatessens. They were either small country shops or chain stores similar to small supermarkets.

The first ones could be found in many Polish villages – they were supposed to deliver goods to the population, for which you normally had to go to the cities. Hypermarket chains had a similar task, but on a larger scale. They were created in large villages, towns and large cities and were supposed to popularize access to many goods, both rarities and completely ordinary. One of such chains were Alma stores established in 1994.

Thanks to the efficient organization, such chains were well stocked – it was possible to order food products for the company in wholesale quantities.

The first online grocery store  was established only in the 20th century . The reasons were obvious – more and more people were accessing the Internet, and these types of businesses selling computers and office supplies quickly became successful . An online grocery store was just a natural next step. In the 1990s, more and more of them were created in the United States of America, and over time they began to appear in other countries and on other continents.

However, the greatest development of this type of services took place only in recent years. Numerous restrictions appearing in various countries, and aimed at caring for the health of citizens, have meant that we increasingly choose online shopping instead of going to stores. Online sales growth in 2020 was around 300%.

What can you buy in an online delicatessen?

In fact , in an online delicatessen, we can now buy absolutely everything we need to live and run a home. This applies to both food and so-called home chemistry. In the online deli, we can buy not only coffee, rice, pasta or sweets , but also washing powder, floor cleaner, and even a bucket with a mop or a vacuum cleaner.

We will find there simply everything that we would find in a stationary store – also office supplies. Therefore, an online store usually also responds to the needs of people who have been working remotely for several months.

With the help of such purchases, you can buy not only paper or notebooks, but also equipment such as printers, a computer, a chair. Also, we don’t have to go to stationary stores to get a school starter kit – we can also easily buy textbooks, notebooks and art supplies online.